Dr. Sylvia Earlie: Now is the time to act: “Quite simply, no ocean, no life. No blue, no green!

Researchers announced this month that a massive global bleaching is causing the ocean to reach unusually high temperatures! A stress response that often causes corals to starve, sicken and die!

What is bleaching and why does it matter?

Bleaching occurs when corals become stressed, commonly from elevated sea temperatures. This stress response leads corals to expel the colorful symbiotic algae called Symbiodinium that live within their tissues and photosynthesize to provide energy to their coral hosts.

Bleached corals become more susceptible to disease and other threats. It is possible for corals to recover from these stressors if they subside quickly, but if high temperatures persist for too long many coral species cannot survive bleaching.

Once swaths of bleached corals die it is very difficult for a reef to regain its functionality as a healthy ecosystem.
“At best, you’re talking about a recovery time of ten to 20 years,” 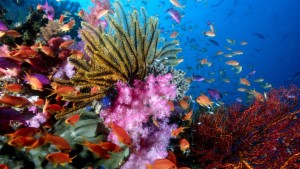 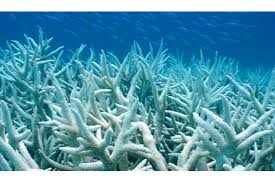 Researchers from the National Oceanic and Atmospheric Administration (NOAA) have gathered evidence suggesting that about 12% of reefs worldwide have bleached in the last year, 2015. If this warming trend may continue in this speed through 2016 and further on those reefs may dissapear forever. An estimated 500 million people’s livelihoods depend on healthy coral reefs, with worldwide reef-based economies totaling over $30 billion in value.These benefits to humanity are at stake if we allow coral reefs to decline, as is the wellbeing of countless species that depend on reefs for survival.

Once a coral dies and its tissues waste away, its bare calcium carbonate skeleton becomes colonized by turfing algae, making it impossible for baby corals to replenish that part of the reef unless algae-grazing fish are able to clear enough bare space for them to settle.All in all, the effects of ocean warming from climate change combined with overfishing and runoff may cause functioning coral reefs to disappear entirely by mid-century,
“Most of these places are getting hit once every five years.” Researchers agree that the best chance we could give coral reefs for survival would be to take swift and urgent action to mitigate climate change while eliminating the more tangible threats of overfishing and runoff.

How can we solve this?

By establishing a global network of marine protected areas—coined as Hope Spots by Mission Blue founder Dr. Sylvia Earle—policymakers could safeguard vast stores of “blue carbon” in the ocean by keeping coastal and marine ecosystems intact.

Join Mission Blue and pledge to spread awareness about the need to develop an international climate plan that includes protecting carbon stores in the ocean.

“Now is the time to act: “Quite simply, no ocean, no life. No blue, no green! If not for the ocean, there would be no climate to discuss, nor anyone around to debate the issues. We have to represent those who are not at the table. We must give the ocean a voice!”

Or get involved in frontiers where you will be able to re-grow Corals on damaged reefs!
Read an earlier post that I wrote 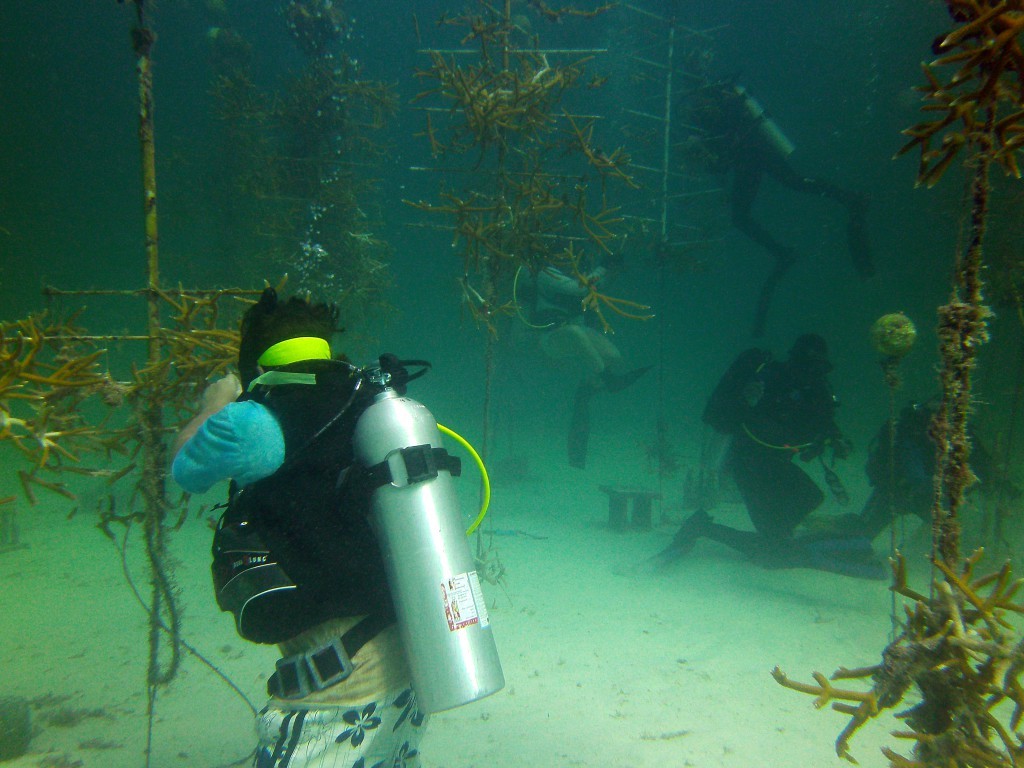 In Florida, United States or Diani Beach in Kenya they are always looking for volunteer scuba divers who want to help. Divers traveling to Florida have a few program options with the Coral Restoration Foundation. Go to www.coralrestoration.org/dive-programs for more information. If you want to go to Diani in Kenya visit www.volunteertravels.com/project/africa/kenya/marine-conservation/