Another inspiration I want to write about today is the Australian navy diver, Paul de Gelder!
About five-and-a-half years ago, he was participating in a work exercise in the waters near Sydney Harbor when he was attacked by a shark. He miraculously survived the encounter, but the injuries from the attack cost him his right hand and leg. 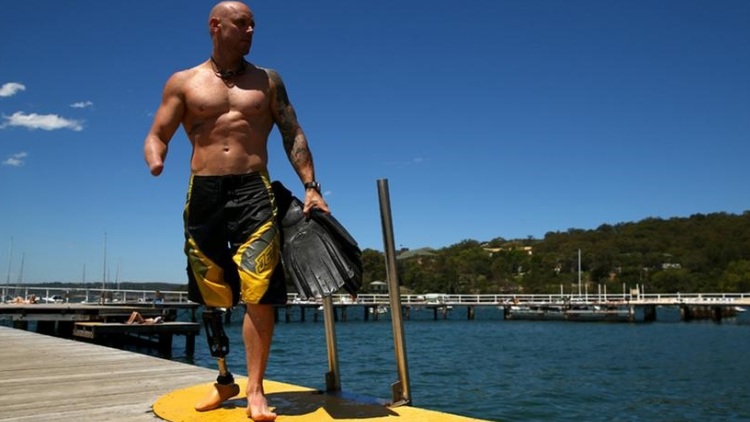 Read more about the attack in the article below:

Sortly after he had recovered from his wounds, Gelder returned to the waters were he hits the waves. 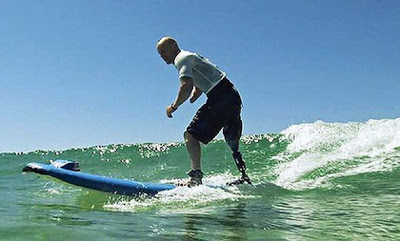 “I don’t care if I fall over and get smashed. I just love being in the water.”

Today, Gelder is now defending the same animal that took his hand and leg. Instead of letting the trauma keep him out of the water, de Gelder re-qualified for the Navy with his new prosthetics and began to study sharks. The more he learned about sharks the more he realize how important they are to the ocean, how essential they are to the ecosystems, and that they keep the oceans healthy. 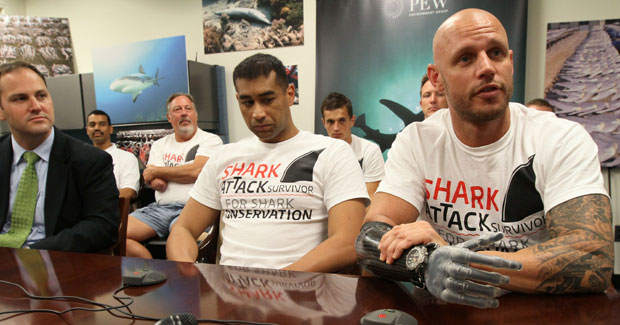 And now, it’s at the point where Gelders name is affiliated with sharks in a positive way! He has joined up with underwater cameraman Andy Casagrande for the Discovery Shark Week.

Sharks and Gelder have become quite good friends! 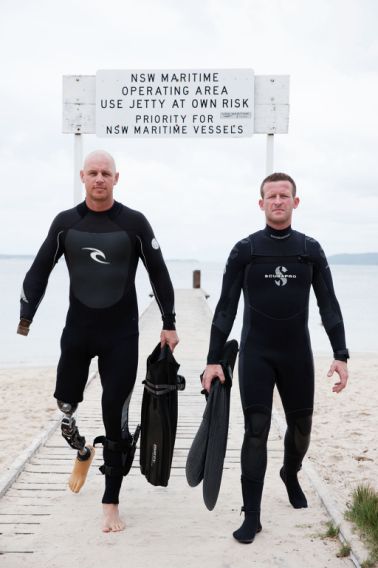