Same old discussion as always. People are afraid of sharks!

The television and network will always “hype” up the danger about shark gruesomeness. But the reality is there are hundreds of shark species, all with different characteristics, and only a few of them are potentially dangerous to humans!

Aslo, shark attacks are extremely rare, (shark attacks account for just four or five deaths a year worldwide), you are more likely to be struck by lightning than attacked by a shark!

Also: For every human killed by a shark, humans kill two million sharks.

Sharks lives in all the world’s oceans, and even though more people are in oceans than ever before, the incident rate has not increased.

But for those who are scared to death by sharks, and wants to swim, surf or dive but are terrified of entering the water,why don’t wear a shark – repelling wetsuit.

Researchers at the University of Western Australia have developed a wet suit that they hope will make surfers unattractive to sharks.

They come in this two colors: 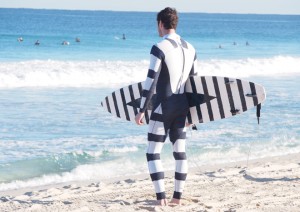 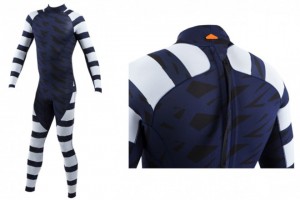 The blue is  for camouflage! 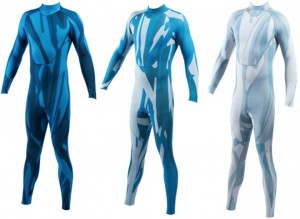 And according to this episode on Mythbusters, apparently you shouldn’t wear yellow! 😉

If you surf  use shark-repelling surfboards.

Shark Shield makes packs that can be attached to surfboards and kayaks. 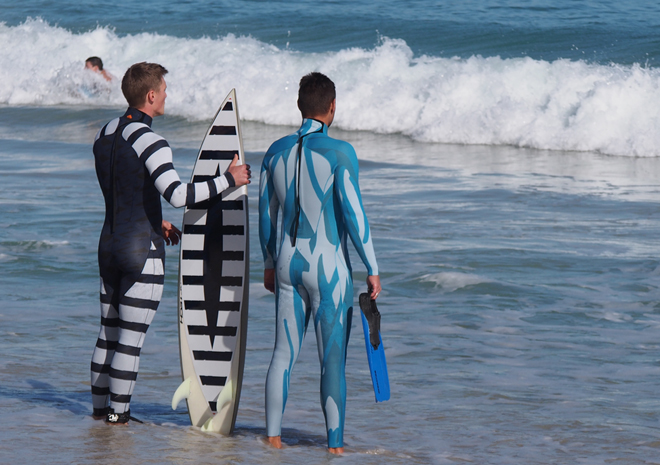