One way to Save the Ocean is by surfing environmentlly friendly!

Surfboards were originally made in ancient Hawaii, where they were known as papa he’e nalu in the Hawaiian language; they were usually made of wood or balsa from local trees, such as koa, and were often over 5 m in length and extremely heavy. 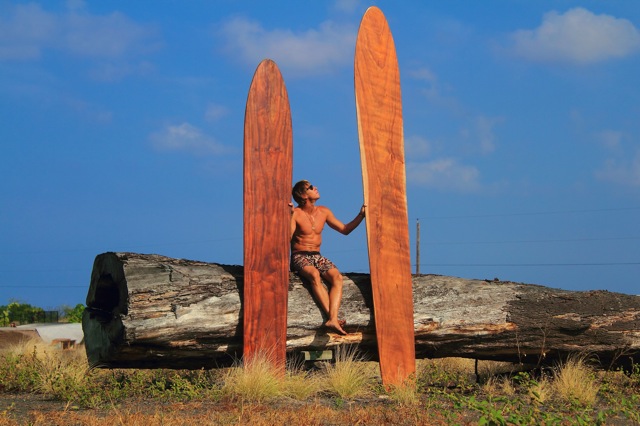 These days they are mostly made of polyurethane or polystyrene foam covered with layers of fiberglass cloth and polyester or epoxy resin. 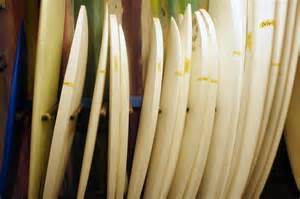 If you plan on buying a custom surfboard, most likely it’s made from Polyurethane. Polyurethane foam has been the shaper’s choice since the 1950s.  One of the advantages is that it is light and very shapeable. (If you look at it up close, it’s very fine and brittle so you can take sand paper and shave off corners without tearing into it.)

However, one of the biggest downsides is its highly toxic nature. Polyurethane is a source almost exclusively from petroleum. It’s bad for the sea life and has potential hazards to individuals working with these materials and surfers who play in an increasingly carbon-polluted ocean.  It has possible contamination to the environment and they’re a non-renewable product.

I came over this article the otherday about this new board, so-called, “surfboard of the future” that is made of algal oil. This surfboard represents the fusion between biotechnology, surf and environmental conscious thinking.

Algae can grow almost everywhere around the planet and in diverse ecosystems. And are becoming one of the most important photosynthetic organisms on Earth, focus of sustainable resources as biomass, production of oil, fuel or even food and feed. Algae capture more solar energy and produce more oxygen than the sum of the rest of the plants. Algae can be found in almost every ecosystem, due to their high adaptation ability.

This algae surfboard was created by the University of California San Diego (UCSD), California Center for Algae Biotechnology, in collaboration with Arctic Foam and Solazyme. This project began when undergraduate students of biology and chemistry made polyurethane foam from algae oil. In this project, algae oil is converted into polyols and then mixed with a catalyst and silicates. After, the product obtained is a kind of expanded foam. 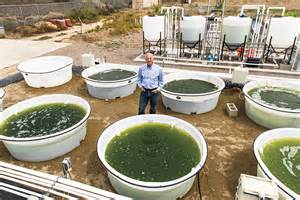 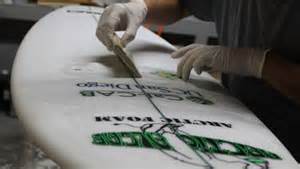 And this new prototype has fulfilled the expectations of surfers who have test ridden the board and are happy with these new ecoboards.

Read more on the article i found: