Cigarette butts that are flicked, one at a time, on our sidewalks, beaches, nature trails, gardens, and other public places every single day! And have become one of our most important litter issues in the world! 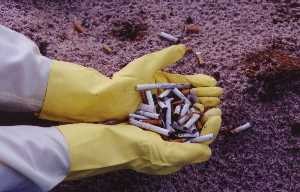 The problem has increased in recent years with government legislation for smoking restrictions in public buildings and restaurants forcing smokers outside, where butts are often littered. An estimated 4.5 trillion cigarette butts are littered worldwide every year, and they can take decades to degrade! 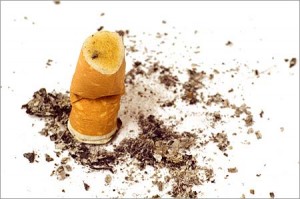 Cigarette butts may seem small, but with an estimated 4.5 trillion butts (worldwide) littered every year, the toxic chemicals add up.

When butts are discarded, wind and rain carry them into the water supply. The toxic chemicals they contain are then leached into aquatic ecosystems, threatening the quality of the water and marine life. 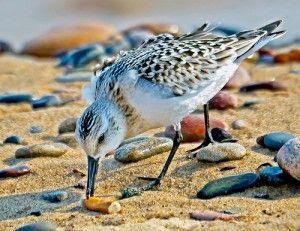 Most people who litter their cigarettes either don’t fully understand the consequences of their actions or they have rationalized the behaviour.
h
An UK organization Hubbub plans to clean up the streets of London through its #neatstreets campaign. One clever project sees smokers vote on various topics by placing their cigarette butts into clear divided containers in public areas;

Vote with your butt! 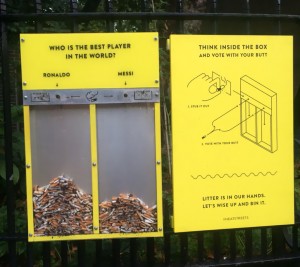 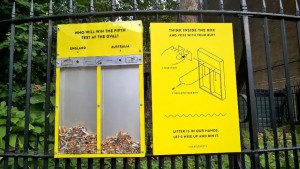 Another uses devices that play music when a cigarette butt is inserted; and yet another encourages gum-chewers to connect the dots on specially designed boards. 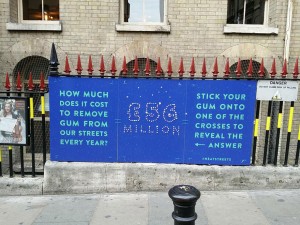 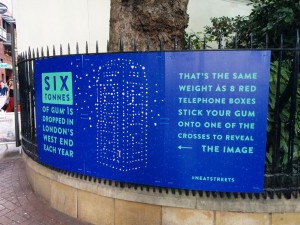 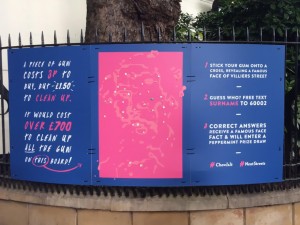 The Hubbub organization writes on its webpage. “This is why from May to October we’re trialling a new approach to tackling littering on Villiers Street, Westminster, using the latest thinking on behaviour change and awareness raising from around the world.”

There are some organisations that run educational campaigns aimed to reduce the amount of cigarett litter, to both smokers and non-smokers. Once people know the truth, they will be much more hesitant to unthinkingly flick their cigarette butts on the ground.

For example have a look at this website:
CigaretteLitter.Org

And help spread the word about cigarette litter. We can be successful at eliminating this unnecessary nuisance by working together to get the facts out and to raise public awareness and talk about the issue.

Hubbub;
“Our public polling discovered that a staggering 86 per cent of people think littering is a disgusting habit yet only 15 per cent of us would actually confront someone and tell them that,”