How does climate change affect the oceans?!

Earth Hour began in Sydney, Australia – in 2007 and has since then grown into a global movement with hundreds of millions of people across every continent switching off their lights for earth hour, creating history as the world’s biggest annual environmental event. By taking part in this global event your actions will benefit the planet in the year ahead. Take initiative and encourage your family and friends to switch off their lights for Earth Hour, in the fight against climate change at 8.30 tonight! 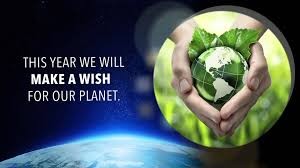 How does climate change affect the oceans?
For decades, the ocean has been absorbing carbon dioxide dumped into the atmosphere by burning fossil fuels. It has also absorbed a lot of the extra heat produced by atmospheric carbon dioxide levels, As the air temperature rises, oceans absorb some of this heat and become warmer.

I decided to highlight the top 5 ways that climate change effects our oceans. And after reading this perhaps during Earth hour you could make a commitment to yourself and take action that benefits the planet.

1. Climate change leads to coral bleaching
Bleaching occurs when corals become stressed, commonly from elevated sea temperatures. This results in starvation and death of the corals that support thousands of species that live on coral reefs.. Once swaths of bleached corals die it is very difficult for a reef to regain its functionality as a healthy ecosystem.
“At best, you’re talking about a recovery time of ten to 20 years,” 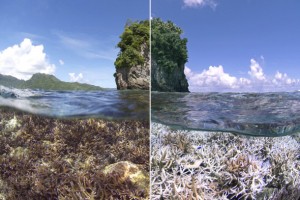 2. Climate change leads to fish migration
Some fish species only survive  in certain habitat. As the oceans warm up, many fish species will dimninish or move to different areas, destroying local fishing communities around the world. And 3 billion people rely on fish as their major source of protein. Thats 12% of the world’s population. 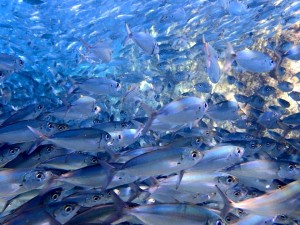 3. Climate change leads to extreme, unpredictable weather
With to heavy storms and rainfall can damage coastal ecosystems and communities as well as coral reefs. 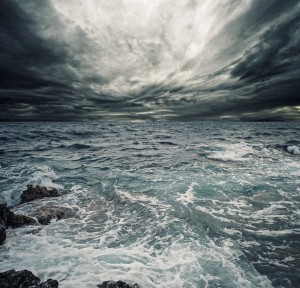 4. Climate change are drowning wetlands
Rising sea levels, partly the result of heat absorbed by the ocean, is also “drowning” wetlands. Wetlands normally grow vertically fast enough to keep up with sea level rise, but recently the sea has been rising too fast for wetlands to keep their blades above water.

5. Ocean acidity
The ocean has become more acidic over the past few decades because of increased levels of atmospheric carbon dioxide, which dissolves in the water. Higher acidity affects the balance of minerals in the water, which can make it more difficult for certain marine animals to build their protective skeletons or shells. 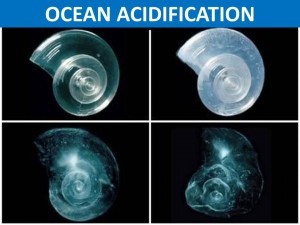 By taking action during the event, it is a way to raise awareness and show people that it is possible to survive without all the electronic gizmos and energy consuming products that we have grown so accustomed to. By cutting back, people can make a huge difference and can take part in the battle against global warming.

If you want to know more read and get involved by supporting Earth Hour projects around the world, at www.earthhour.org. 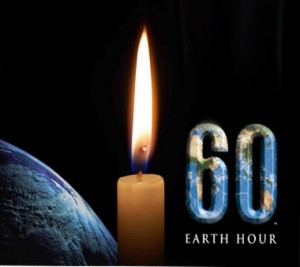