The difference between Oslob and Donsol is like that of a petting zoo and going on safari!

For nature lovers and adventure junkies, swimming alongside the largest fish in the sea is one on many peoples bucket-list. Lucky, there are a handful of destinations around the world where in-season you can make that happen! 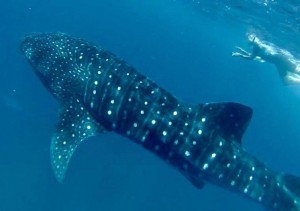 Philipines is one of the top places where travellers goes to experience this! There are two main places to see them in Donsol or in Oslob. But where do you go and which is better?

Good things about Donsol:
1. The Whale sharks are in its natural environment
2. Boats try not to crowd the animals
3. They are monitored by local government

Not so good:
1. It’s seasonal sightings, with higher chances from December/January to March
2. Larger boats
3. Lower number of spotting them
4. Very few other activities available in town

Not so Good:
1. Forced feeding by local fisherman caused the whale sharks to change its natural migratory patterns
2.Whale sharks constantly get hit by boats
3. Overcrowded

…Oslob may seem like the winner in terms of experience, but The Main Reason the whale sharks visit Oslob everyday, and keep returning, is because they’re getting fed!

Everyday fishermen attract the sharks to the site by feeding them one type of krill (uyap) that they purchase in bulk. Because of this the whale sharks are now spending up to 6 hours feeing in Oslob, losing out on some of the key nutrients that they gain from foraging naturally. 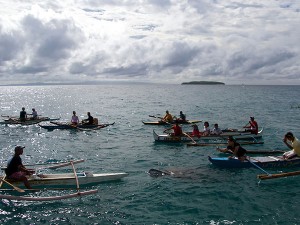 The feeding in Oslob is teaching whale sharks that boats and humans mean food. Oslob whale sharks are now observed to actively approach boats instead of avoiding them. But what is so bad about contact and interaction with humans and boats?

Sharks are not commonly exposed to the types of bacteria that humans can have on their skin and are vulnerable to infection from too much contact. Excessive friction from rubbing against the side of feeder boats is the cause of many injuries to whale sharks. These lesions that appear mostly white and have a spongy consistency, are the result of the reaction of the skin around the mouth to repeated abrasion. They can also be red and inflamed. 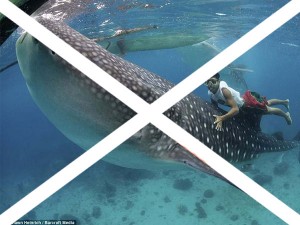 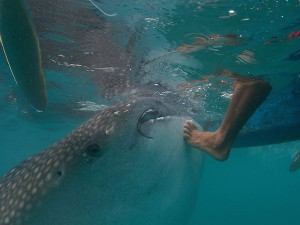 Also Researchers have also reported that the whale sharks bump into the boats while coming too close while feeding, causing them to get injured when they come too close to motors and oars. 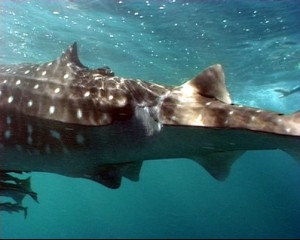 Last but not least, one of the best reasons to avoid the “whale shark circus” of Oslob, is that you can see whale sharks in the wild in other parts of the Philippines! So to everyone thinking about where to swim with them, although you’re free to make up your own mind, PLEASE strongly consider all factors before booking your tour.

In contrast, the whale shark program in Donsol is a lot less aggressive. The locals do not feed the whale sharks regularly so the fish still look naturally for food farther off shore. It’s not guaranteed that you’ll see a whale shark at Donsol, but at least you know the animals are less prone to abuse.

So, if you have the option, my suggestion is to head to Donsol instead.